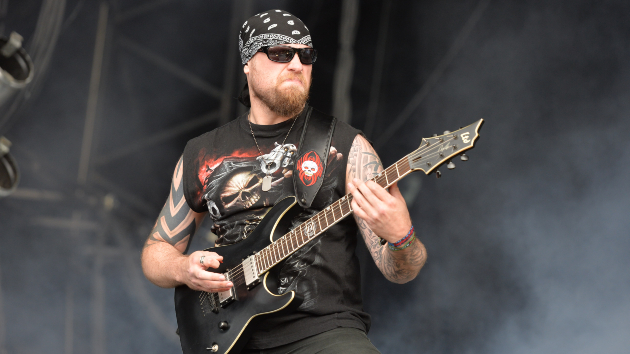 The “Wrong Side of Heaven” act announced the new hire in a press release, via Billboard, and admitted that finding a person that could rival Hook’s talent wasn’t exactly easy.

“Jason is an incredible guitar player so we had to find someone on the absolute top of their game,” said founder Zoltan Bathory, who went on to call James “a well-known virtuoso.”

James, who also touts a solo career, was previously associated with acts Sacred Mother Tongue and Fields of the Nephilim.

The British rocker also had experience playing with FFDP for their collaboration of “Broken World,” a song that was eventually cut from their 2013 studio effort Decade of Destruction, Volume 2.

“Andy completed our European Tour with us back in February so he was already tried by fire. We instantly clicked both musically and personally so he was the obvious choice. We even have the same birthday… Some things are just meant to be,” Bathory concluded.

Other members of the band expressed their delight of James coming aboard, with vocalist Ivan Moody praising, “I’m really excited to keep working with Andy and I just can’t wait for this COVID madness to be over so we can go back out on the road.”

Hook had been absent from Death Punch since late last year after undergoing emergency gallbladder surgery.

“I’ve been in bands my entire life and I feel like I’ve done all the good that I can here,” Hook previously announced.  “It’s time to pass the baton and move on to new challenges.”