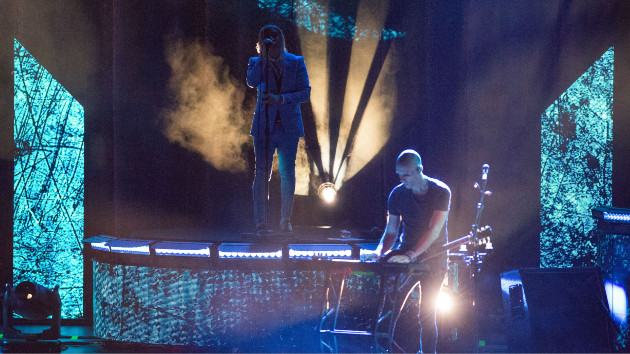 A Perfect Circle hasn’t released an album since 2018’s Eat the Elephant. While the Maynard James Keenan-fronted band doesn’t currently have any concrete plans, the project never strays too far from guitarist Billy Howerdel‘s mind.

“[I’m] always thinking about what would be a good start for a next APC record, should that come,” Howerdel tells ABC Audio.

As Howerdel explains, his collaborative process with Keenan usually involves him coming up with an instrumental idea and sending it to the Tool vocalist for his thoughts.

“I’ll just say, ‘Hey, are you interested in this?’ And get his take,” Howerdel says of working with Keenan. “He’s the one that’s gotta be turned on by it, and find something … his best work, and anyone’s best work, comes from being inspired by what he hears.”

“So I just try and let go of expectations and throw some things at [Keenan] that I think he might like,” Howerdel adds. “But he’s surprised me before with things he’s picked.”

One such surprise was the song “The Doomed,” which turned out to be the lead single off Eat the Elephant. The track’s origins trace back to a short orchestral section that Howerdel wrote while working on a film score. After Keenan expressed interest in just that small part, Howerdel ended up writing what became “The Doomed” in just two days.

“You have a foundation of something you think has a solid possibility, has potential,” Howerdel muses. “Then having the energy of someone say, ‘Let’s go forward with this,’ I think my best work comes like that.”

Meanwhile, Howerdel just released his debut solo album, What Normal Was, in June.